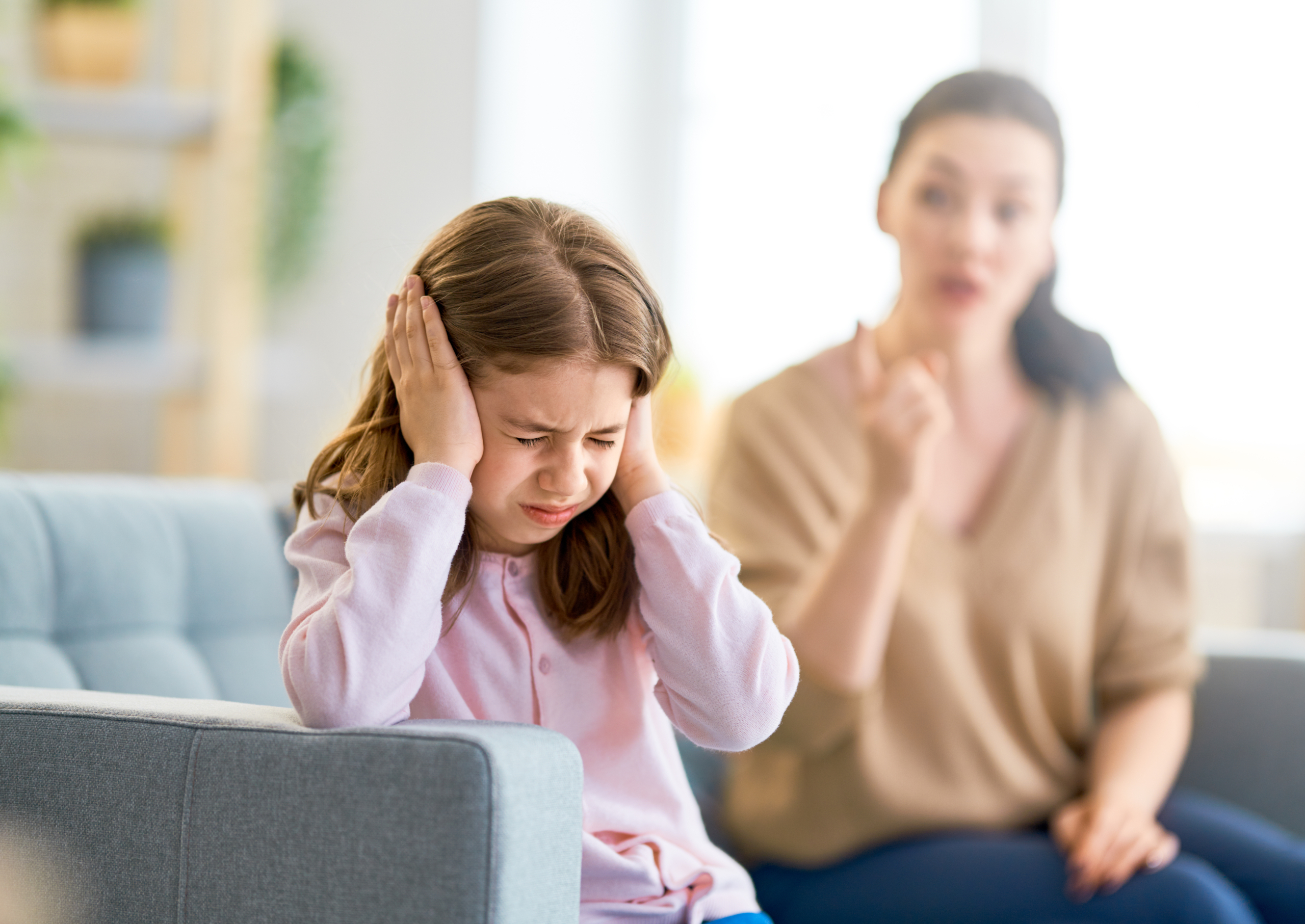 Imagine the following scenario. It is is a hot summer day and you have a million errands to do. You have been running back and forth from store to store trying to get home in time to get your child off the bus. You are parched but there is no way you have time for to stop and get an ice cold latte. Then, from the corner of your eye, you see it, a little gift from heaven – a vending machine! You dig through your purse to find buger tissues, sticky candies your son must have put in there, a few Legos and just enough quarters to get a delicious bottle of water. You put your money in, press the button and the unthinkable happens…. Nothing comes out…..

What do you do? Do you just walk away? Of course not!

You punch the numbers again!

When that doesn’t work, you tap the machine lightly, and then ….. Maybe, not so lightly.
Then you go full on crazy on it! You kick it, it shake, and scream in frustration.

Finally, if none of that works, eventually you walk away…

You may be thinking- what does this have to do with my child with Autism?

Extinction is a procedure widely used in applied behavior analysis (ABA) therapy. It simply means to not let a behavior achieve its goal. However, when a behavior no longer achieves its goal, a child must use a new behavior. Without any additional intervention, the behavior will escalate. This is called an extinction burst.

Just like your behavior escalated when you were frustrated and couldn’t get your soda or water– your child, out of desperation, then escalates his behavior in an effort to meet the need that has previously been met with said behavior

For example, if in the past crying got him out of eating dinner, when you no longer let him escape dinner because of crying, he is likely to try more intense behavior before giving up! The advice that many professionals would give is that as long as you do not give in– the behavior will stop. For years, this was one of the most prominent techniques used in ABA therapy. The reason it was so widely used is that it is really effective– however it comes at a cost.

Simply put, an extinction procedure can be traumatic for a child. When their behavior escalates it means they have no idea what you want them do do. If they did, they usually do it. When they stop all together it means they resign to the fact that they have no idea what they are supposed to do and nothing is working so they give up. Extinction can be harmful not because the child becomes angry. You can’t always give a child what they want and getting angry when you hear no is a normal part of child development. What is different when using extinction is that since often it is used when children don’t know how to respond differently. They can feel confused, betrayed, alone and abandoned. To be ignored is one of the worst feelings as a human, especially when you’re pleading for support in every way you know how. Shouldn’t the goal of any parent and therapist to be to help a child, not break them?

Another problem is that extinction is often used when a demand is placed on a child and a child is having a meltdown. The procedure called escape extinction refers to keeping a demand in place until a child carries it out no matter what. The difficulty is, sometimes, a child cannot respond due to a neurological deficit in executive dysfunction. What may look like a tantrum may actually be a child’s body shutting down. This makes it physically impossible for them to engage in the behavior you are asking them to carry out. While, I agree that protest shouldn’t always allow a child to escape doing what you ask them to do– a two year old may have to get a flu shot even if they are crying in protest- it is both irresponsible and unethical to demand a child do something they can’t do it.

You wouldn’t keep the demand of running around in track in place for a person in a wheelchair if they couldn’t do it. It would not only be cruel but it would be foolish. Not all of the things Autistic children struggle with are visible. By always keeping a demand in place until a child complies, you could be unwittingly doing that exact same thing. When a child is having a meltdown it is a sign that they are overwhelmed and don’t have the capacity to control their emotions and bodies. They don’t understand how to meet your expectations. That’s a lonely place to be and they need you to support them– not to keep instructing them to do what you are asking.

Since an extinction burst is so unpleasant for therapists, parents and most importantly children, it is a good idea to try to avoid it from taking place. When a child is having a tantrum, it is usually a sign that they are really frustrated. If a child knew an easier way to get what they want, chances are they would do it. Most of the time, children don’t want to act out, they just don’t know what they are supposed to do.

Autistic adults who received ABA therapy as a child often recall moments where their therapists allowed them to cry it out. They talk about how hard and painful the experience was. When I first started ABA therapy, children had extinction bursts all the time. When they took place, I was excited and thought it meant I was making progress. I realize today that i was wrong and I am genuinely sorry to the children I worked with that I put through that.

There are times when an extinction burst is truly unavoidable but they are few and far between. Most times, an extinction burst can be avoided when proper antecedent modification are used. An antecedent modification is what you do before a behavior occurs to prevent it from occurring. It is proactive. Extinction is what you do after a behavior occurs. It is reactive. It is always better to be proactive than reactive.

You cannot stop a child from wanting something. Let’s say a child usually goes to the refrigerator and cries when they are hungry. You give them something to eat. If you use extinction to stop the crying it means you would ignore the crying and not give your child something to eat when they are crying. An extinction burst would likely take place. That means your child may start stomping, throw themselves to the floor, bang on the refrigerator door, hit you and or themselves and eventually reach the point of exacerbation and give up. Then when they gave up and stopped crying, you would give them something to eat. That would be considered a big win by many ABA therapists. Does that sound okay to you? It doesn’t to me.

Wouldn’t it be a lot more productive for you and your child if instead you taught them alternative methods for requesting and or having their needs met (sensory/physical/tangible/social/emotional), so they don’t have to go through all that trauma? Being proactive is certainly a lot more work but it is healthier and safer for the emotional well being of children. In this case, I would teach the child how to ask for something to eat using some form of alternative communication. I would anticipate when a child would be hungry and prompt them to engage in healthier communication before they ever had the chance to engage in crying. There would be no need for extinction and as a result the child would not have to experience an extinction burst.

Extinction should always be used as a last resort. There are times when it is appropriate to use extinction. Even the best therapist will not always be able to anticipate a child’s behavior in any given situation and let’s face it, you can’t always give a child what they want. Sometimes you have to say no as a therapist or parent and that can prompt a child a to have an extinction burst. However, extinction should never be the primary method used for addressing a behavior.

Monica MacDonlad, is Autistic and a former ABA therapist from Ontario Canada. She writes, “The goal of ABA should not be behavior reduction because that can make the parent the priority instead of the child. Focusing on the parts of their child they don’t “like”. The goal of healthy ABA is always to increase the child’s quality of life.” She continues to say, “I can’t currently come up with a scenario where extinction would be my strategy. Sometimes it happens, even with great antecedents. But i don’t currently have a reason in my head that I would write that into a plan as the goal or focus.”

Another point that Monica brings up is that extinction is most often used for attention seeking behaviors. Autistics often don’t seek out attention in typical ways. Part of the “ASD” diagnosis includes “impaired social skills”. Therefore this should point us to be even more leery of using “ignoring” as a strategy to teach a group of people that can struggle to relate or build connections.

She writes, “In my experience extinction is most frequently used for “attention seeking” this phrase has negative stigma- but “hey Jess!” Is an attention seeking behavior. and it baffles me that people would deprive a child of attention when a basis for autism diagnosis IS social impairment that’s so backwards.”

The most important part of any ABA program should always be teaching new skills and not reducing current maladaptive behaviors. When you teach new skills effectively, unhealthy behaviors go away automatically. When all else fails and maladaptive behaviors occur, an ABA therapist must use extinction and an extinction burst may occur. However, this should be viewed as a teaching procedure not working — it should never be the goal or the approach chosen. Extinction should only be used if the behavior itself will cause more long term harm than the extinction and only after proactive options are exhausted.

In this video- I explain an Extinction Burst in greater detail… 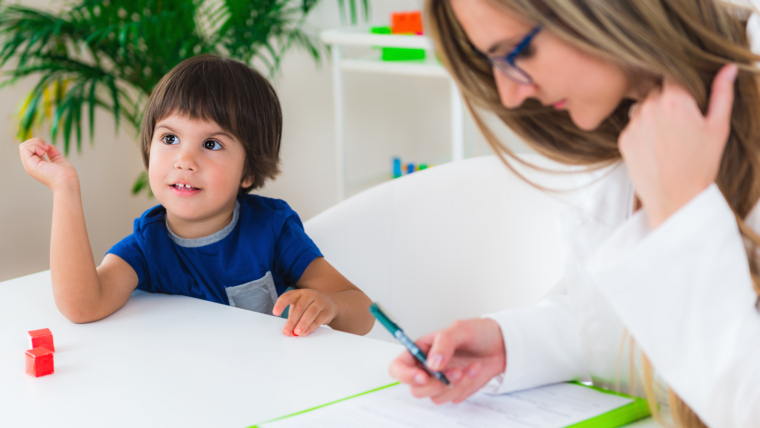 What is a Language Delay

END_OF_DOCUMENT_TOKEN_TO_BE_REPLACED 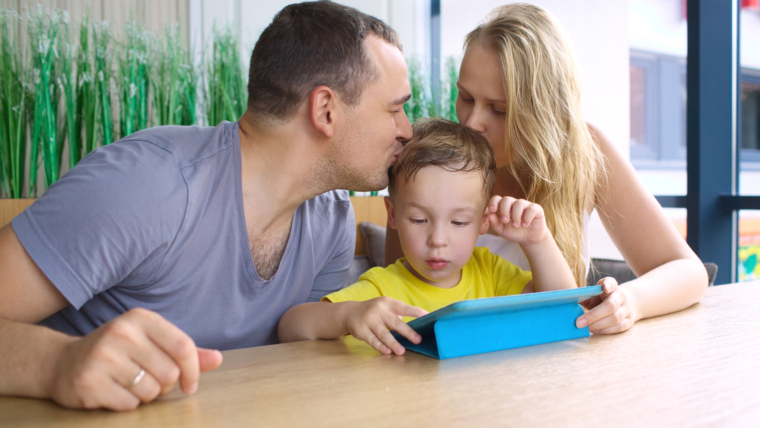 5 Easy Ways to Encourage Your Child to Request